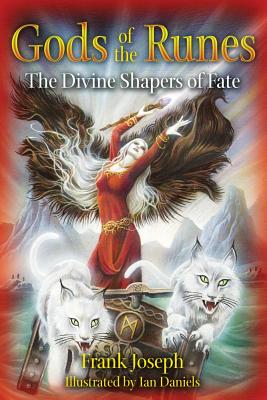 Gods of the Runes: The Divine Shapers of Fate

The ancient origins and divinatory power of the runes

- Uncovers the original divinatory meaning of each rune through the myths of its corresponding Norse god or goddess - Includes beautiful full-color illustrations of the runic gods and goddesses - Presents rune-casting spreads for divination and character analysis - Explores the controversial history of runes from the Paleolithic Stone Age to today Invented long before the appearance of the runic alphabet Futhark less than two thousand years ago, the runes were originally created as symbols for specific deities. Representing the twenty-four Norse gods and goddesses from the Vanir and Aesir pantheons, the runes provide a way to establish direct contact with the divine shapers of fate. Based on the work of Austrian mystic and runologist Guido von List and anthropologist Marija Gimbutas as well as the oldest rune artifacts to survive from pre-Christian Europe, this book reveals the long history of runes from their appearances in Paleolithic cave paintings through their rechristening in Medieval times to their modern resurgence as a popular tool of divination. It uncovers the original names and divinatory meanings of each rune by exploring the myths, personality traits, astrological periods, identifying colors, and gemstones of the rune's corresponding god or goddess. It also illustrates and explains five ancient rune-casting spreads used by Norse adepts for divination as well as character analysis. By renewing their link with the divine, Gods of the Runes shows how working with the runes can be a genuine mystical experience, enabling a personal connection with the gods and a rediscovery of their perennial truths.

Product Name: Gods of the Runes: The Divine Shapers of Fate

Gods of the Runes - The Divine Shapers of Fate

Gods of the Runes - The Divine Shapers of Fate 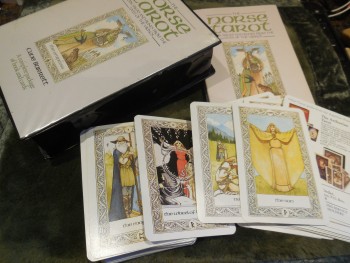 The Norse Tarot: Gods, Sagas and Runes from the Lives of the Viking/Book and Cards

The Aquarian Runes: The Ancient Art of Runecasting Enters the Aquarian Age

By: Zera Starchild of an

The Runes: The Future Revealed with this Ancient Norse System of Divination

Makers and Shapers: A Survey of the Gods of Seer Vision

Lady of the Northern Light: A Feminist Guide to the Runes

Gods of the Runes: The Divine Shapers of Fate