Pi in the Sky: Counting, Thinking, and Being

Whether one studies the farthest reaches of outer space or the inner space of elementary particles of matter, our understanding of the physical world is built on mathematics. But what exactly is mathematics? A game played on pieces of paper? A human invention? An austere religion? Part of the mind of God? And equally important, why do we believe it can reveal to us the nature of the universe?
John D. Barrow explores these tantalizing questions in Pi in the Sky, a lively and illuminating study of the origins and nature of mathematics. His tour takes us from primitive counting to the latest scientific ideas about the physical world, from the notched animal bones of the hunter-gatherers to the visions of Galileo and Descartes, and from the intricate mathematical systems of Egypt, Sumeria, and other early civilizations, to the work of such modern giants as Einstein, Kurt Godel, Alfred Tarski, and Bertrand Russell. We meet Pythagoras and his mystical "cult of numbers" as well as an eighteenth-century Swiss mathematician who proved to his colleagues--through an algebraic formula--the existence of God. Barrow examines ancient Chinese counting rods colored black and red for negative and positive numbers; the Botocoudo Indians of Brazil, who indicate any number over four by pointing to the hairs on their head; and the dethroning of Euclidian geometry in the nineteenth century with the rise of Darwin and cultural relativism. And in an eye-opening last chapter, Barrow discusses how the traditional picture of the universe as a vast mechanism is currently being replaced by a new paradigm--one that sees the universe, in essence, as a cosmic computer program.
Bristling with riddles and paradoxes, and quoting everyone from Lao-Tse and Robert Pirsig, to Charles Darwin and G.K. Chesterton, to Roger Bacon, Baron de Montesquieu, and Umberto Eco, Pi in the Sky is a profound--and profoundly edifying--journey into the world of mathematics. It illuminates the way that numbers shape how we see the world and how we see ourselves.

Product Name: Pi in the Sky: Counting, Thinking, and Being

Whole Brain Thinking: Working from Both Sides of the Brain to Achieve Peak Job Performance 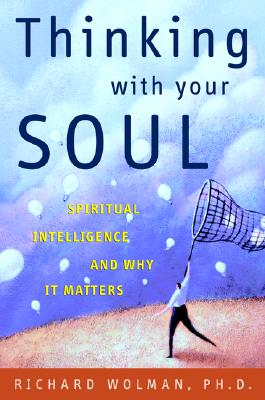 Thinking Without Your Soul: Spiritual Intelligence and Why It Matters

Dynamic Thinking - The Technique for Achieving Self-Confidence and Success

Teaching for Thinking - A Doubleday Resource Book for Professional Educators

The Experimental Psychology of Original Thinking